This collection features the toy production in Dénia from the early 20th Century to the 60’s Decade. It is located in the former Dénia-Carcaixent train station on the first floor. This building houses the “L’Estació” Art Centre in the ground floor and the Toy Museum is on the first floor.

The first toy industry, founded in Dénia in 1904, was exclusively dedicated to lithographed tin toys with German imported machinery and models. Ten years later, a wooden toy factory was founded with lathing, varnishing, and shiny finishes decorated with metal adornments.

During the 1920’s decade, leaving the development of metal toys, the production of wooden toys gradually characterized the typical toys made in Dénia.

The most popular toy in the 50’s decade was the wooden toy par excellence. Despite the restructured production of the tricycle, bicycle, pedal cars and scooters which date back to the early decades of the 20th century and in spite of the luxurious manufacture of pedal cars, airplanes, and metal carriages, the wood toys with their bright colours made the most emblematic impression which achieved noteworthy levels of popularity during those years.

The favourite toy models amoung children were the sailboats, the horse or mule drawn carriages, lorries, etc. The wood kitchen stoves, the bowling pins, the hoop games or the Cowboy and Indian forts clearly illustrated the richness and the diversity of the wood toys made in Dénia.

An extensive variety of toys from the time period illustrate the importance of this industry starting from 1904. 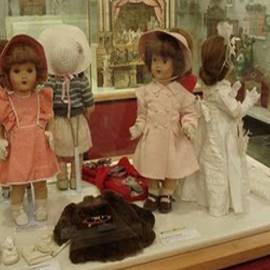 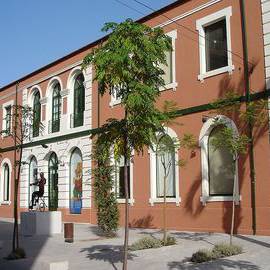