Located at the northern breakwater of the port of Denia, south of thebreak located behind the marina El Portet.

Dog friendly beaches in the Region of Valencia 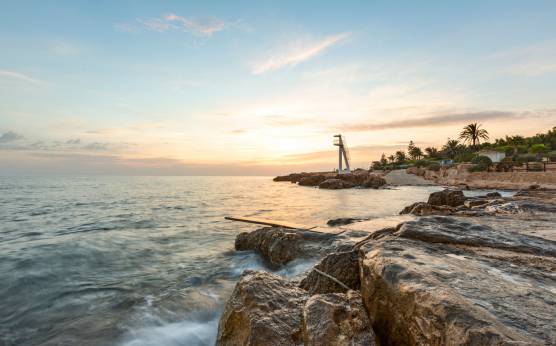 REGULATIONS ON THE PRESENCE OF DOGS ON BEACHES

Municipal ordinance of management and safety in the use, enjoyment and use of the beaches of Denia: Title II. Chapter II. : De la presencia de animales en las playas (Of the presence of animals on the beaches).

From June 1 to October 31 the presence of dogs on the beaches is not allowed, it´s considered a bathing season in Dénia.

From November 1 to March 1, Dogs are allowed on the beaches of Dénia, but not allowed  (and nor also throughout the year for this reason), in the following stretches of beaches, as these are special protection areas:

From March 1 to May 31, only dogs are allowed on the following beaches, since this is the breeding period of the plover, a protected bird that nests in several parts of the Dian coast.

-Almadrava, in the stretch of beach adjacent to the municipality of Els Poblets