The church is the first public construction carried out in La Xara. Building began in 1877 and ended 5 years later, in 1881.

The building has exterior charge walls, with sandstone joined by mortar. Inside, the space is divided in 3 naves, separated by sandstone pillars, making up a number of beautiful arches, which support the two sided roof cover. Outside, in Pilar Street, four buttresses point out and defend the lines of the pillars.

The abbey was finished in 1902 and it has an entrance door and very interesting windows, one of the finest pieces of work of master stonemasons. Later on, the bell tower was inaugurated in 1927.

In the 1950s the church was reformed and gained its present day aspect. The high altar was finished in 1955, the roof was changed and it was discovered that the pillars and arches, then whitewashed, were in sandstone; therefore, the lime was cleaned in order to show the beauty of the tuff stone. 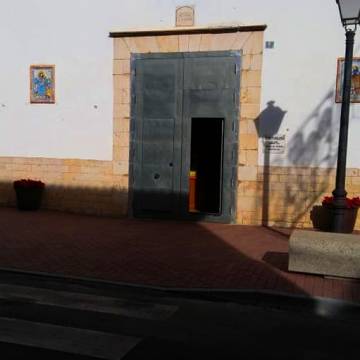